The history of Kamil Kublák’s winning farm began to unfold before 1752. The family had farmed continuously until 1958 when they lost their farm due to forced agricultural collectivization. After the revolution, in 1991, the farm was restored again. Today Kublák manages over 200 hectares of agricultural land. The main production of the farm are ware and peeled potatoes. However, they also produce grains, cereals and seeds for small-scale breeders. The farm supplies fruits and vegetables to local school cafeterias, restaurants and shops.

Kamil Kublák comments on his work: "I sell my own products, such as potatoes, buckwheat, flax and also products from local farmers.” His self-service shop is located directly on the farm.

He tries to sell all agricultural products himself and does not use any warehouses or wholesalers. He has also spoken to other local farmers to become open to the idea of selling their products directly on the farm. As a conventional farmer, Kublák did not believe in organic food at first. He explains why in the following section:

"As soon as I started this shop, got to know the farmers in this area and started eating organic food, I really reconsidered my views and my outlook on this is different now. Indeed, these organic farmers have extremely difficult job, especially in regard to growing vegetables which you must not spray with chemicals against weeds, while you must also ensure that the products are still growing. In addition, organic farmers are extremely controlled through regulations, everything they grow has to be evaluated so that no trace of pesticides is found – only then the products are truly organic and not a lie.”

Today, Kublák has 150 of such suppliers in his business.

"This year has not been easy for many of us. Once again, we were able to see that self-employed people and small entrepreneurs are an important part of any advanced economy. At the beginning of this year, they employed almost 45 % of all working people in the country. We have now seen how quickly this sector can get in trouble if there is economic instability. We at MONETA Money Bank believe in Czech entrepreneurs and self-employed people for one hundred percent and we try to be their business partners. We admire their diligence, courage and vision. One of such entrepreneurs is Mr Kamil Kublák.”

The second place in the MONETA Živnostník roku 2020 went to Karel Giebisch from the Olomouc Region. Giebisch does business in the field of reconditioning and regeneration massages. Zdeněk Oravec from Litoměřice, who works in the restoration of cultural monuments, placed third.

In the Vodafone Firma roku, the glass company LASVIT won the national round of the competition. The producer of workout playgrounds WORKOUT CLUB PARKS won the round of this competition in the Moravian-Silesian region. 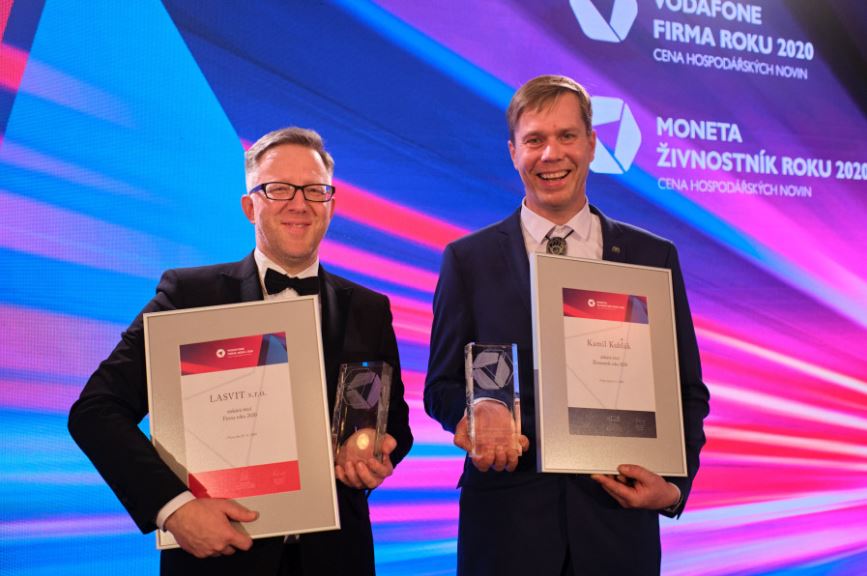 The winner of the Vodafone Firma roku 2020 was Lasvit. Chosen by an expert jury, the best entrepreneur in the Moneta Živnostník roku 2020 became aforementioned Kamil Kublák from Fryčovice.

Where can you find us?

The company is listed in the Commercial Register at the Regional Court in Ostrava, section B, file 609.

Head of the Investment Team